Our award-winning team has astounding tenure building a bedrock of experience ... and we have personality to boot.

Jerry Diddle is the founder and president of Axcet HR Solutions. When he started the company in 1988, he invested everything he had in what was a relatively new business concept called a Professional Employer Organization (PEO). Originally from Washington, D.C., and a graduate of the University of Maryland, Diddle had moved to Kansas City from Detroit just three years prior to starting Axcet.

In his first few years in Kansas City, he marketed and sold franchise businesses, just as he had in Detroit. After learning about the PEO concept from a colleague who had recently established one in Detroit, Diddle believed Kansas City-area businesses could benefit greatly from having a local PEO operation. He built his company based on his “high-touch” philosophy and relationship-oriented approach. He took great pride in personally hand delivering many of his clients’ first payroll checks.

We’re big fans of people. People are our jam. Did we mention that we’re all about the people?

We love payroll, cinnamon rolls, roller coasters and our role helping our clients.

We do everything we can to keep our clients safe. Because friends don’t let friends run with scissors.

We’re crunching the numbers and checking them twice to be sure the financials make cents.

Words that describe us are efficient, smooth and on schedule. Which means we probably already finished that task … yesterday.

We keep Axcet turned on, plugged in and booted up – ready to serve our clients.

Got PEO Questions? Start a Conversation.

Grow your business 7-9% faster with 10-14% less turnover with a PEO. Axcet has been helping Kansas City businesses for more than 30 years. Grow with us starting today.

Are you a client with a question? Contact Us 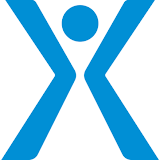 Lance Edward
The team at Axcet is amazing!! They are always ready and willing to help out anytime we need them. I would highly recommend them to any business.

HENRY ADAMSON
I have found that I have a problem with the computer program in part because I have macular degeneration in both eyes and double vision in my right eye. It is frustrating that I am asked to rate this program before I even get logged in.

Haely Goodpasture
Axcet is a great company. The best actually.

Koty Potts
Axcet is amazing! I've been working with them for a few months now and they have been an amazing resource to look to whenever I have questions. I highly HIGHLY recommend them for your needs!

Lisa Cordill
When we left Axcet, our CEO was hoping to find an HR Consultant that more aligned with his goals for our organization. But also we left because we had a connection at another company and wanted to give them business. We had tried two other PEOs. Both of which we left after the first year. The level of service that we were accustomed to with Axcet was not present at the other PEOs. It would take much longer to get the most simple questions answered or to get a report that we needed. One of the PEO’s portal was the exact same as Axcet’s but they had everything locked down where we would have to ask them for certain things. Again, then it would take forever when before I was used to doing it myself. We came back to Axcet truly because of the excellent service we always received. Everyone at Axcet would make us feel like we were their only client, like they were sitting there waiting for our call, always friendly and ready to help.

Schedule a consultation with the experts at Axcet HR today.